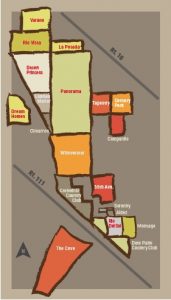 Cathedral City is made up of a diverse tapestry of close-knit neighborhoods. Each has its own unique style and history, but share a strong sense of character and identity.